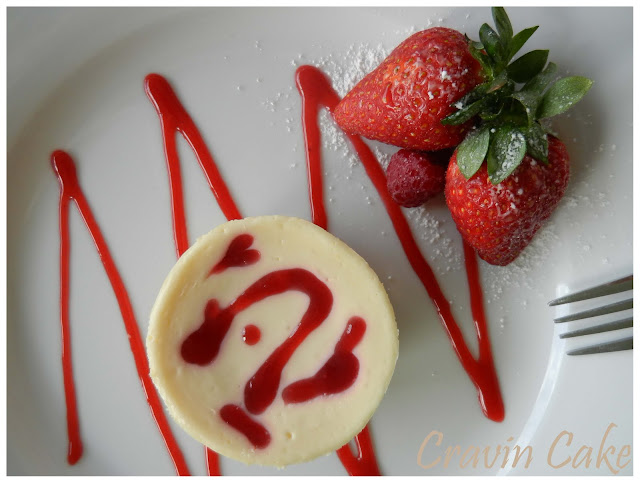 My little blog has in this last week reached its first milestone of 1000 views...Woot!

This is a week for milestones it seems then. I'm headed off today on my first ever venture over the oceans to a distant far-away land (i.e. Europe).  Even the plane flights and airports conjure up excitement and anticipation, however I'm sure that the novelty will wear off at some point over the 37 hour transit time. Yes, I did just calculate that.

On to the topic of baking, my last baking before my holiday was done last Friday when I baked cheesecake for "cake day" at work. Yes, you heard right...cake day. I was instantly excited upon seeing the notice about said cake day which was devised to celebrate all the August birthdays on one calorie filled celebratory day. Fantastic idea! I'm a big fan of cream cheese and baked cheesecake is my fave cheesecake type. Not a traditional birthday cake I know, however it is still cheese "cake" and delicious might I add.

This is my last post before my overseas adventures, so there may be some blog silence over the next month. However I'm hoping to have a few updates on my food travels depending on internet availability :-) 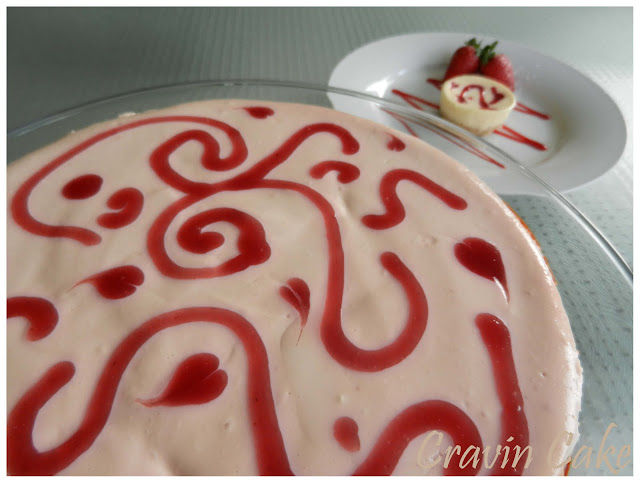 2.   Process biscuits in a food processor until smooth (alternatively, if your food processor has died - put the biscuits in a freezer bag and seal, cover with a tea-towel, and bash the living daylights out of them with a rolling pin!). Add the melted butter and combine. Press the mixture over the base of a lightly greased 20cm spring-form pan. Refrigerate until needed.

3.   Beat cream cheese and caster sugar until smooth. Beat in eggs, one at a time. Beat in vanilla and sour cream. Pour into spring-form pan over biscuit base.
If not using optional topping, raspberry glaze can be swirled over uncooked cheesecake. Place glaze in ziplock bag, cut corner off and pipe in swirls (This did cause my cheesecake to crack slightly, so I fixed it up with the optional topping).

4.   Bake for 45-60 minutes until still slightly wobbly just in the centre. Turn off oven and leave oven door slightly ajar for at least an hour, to cool slowly to room temperature. Put in the fridge to chill overnight, or at least 4 hours.

5.   If using optional topping, combine sour cream, icing sugar and raspberry glaze until smooth. Pour over cooled cheesecake. Make raspberry swirls by placing some glaze in a ziplock bag, cut corner off and pipe in swirls. Bake at 180°C for 10 minutes until set. Place back in fridge to chill. 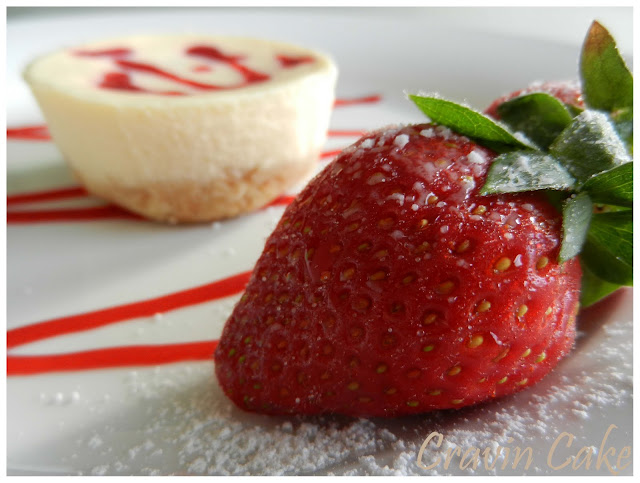 Place all ingredients except cornflour into a small saucepan and bring to a simmer, stirring occasionally, for 10 minutes. Remove from heat and strain through a sieve, pressing on solids to remove as much liquid as possible.

Return liquid to pan and bring to a simmer. Whisk cornflour with 3 Tablespoons water and add to pan while stirring. Continue to whisk while glaze boils and thicken (about 5 minutes). Set aside to cool, then place in fridge. 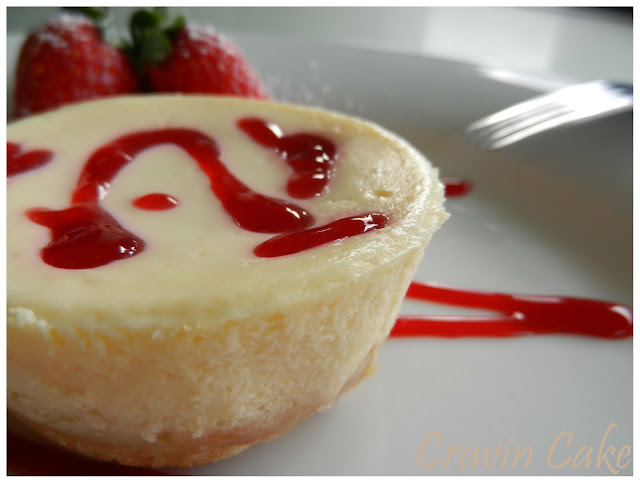 Mini Raspberry Swirl Cheesecakes
Make mini cheesecakes in muffin pan. Line with cupcake papers or 2 thin strips of baking paper in a cross pattern. Press a small amount of biscuit base into each hole and top with a couple of tablespoons of cheesecake mixture. Swirl over some raspberry glaze and bake at 160°C for 15-20 minutes, until just set.

Cheesecake tips (to reduce chances of cracks)
- have all ingredients at room temperature
- don't overbeat mixture as it introduces too many air bubbles
- turn off oven when cheesecake is still slightly wobbly in the centre, as you don't want to overcook it
- allow cheesecake to cool slowly in oven and don't put in fridge until at room temperature. 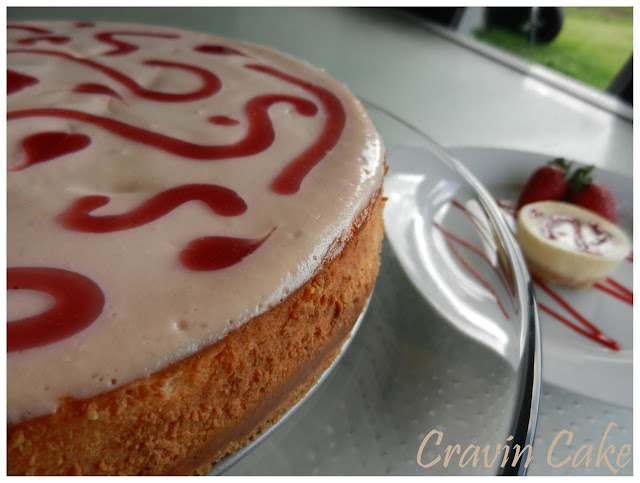