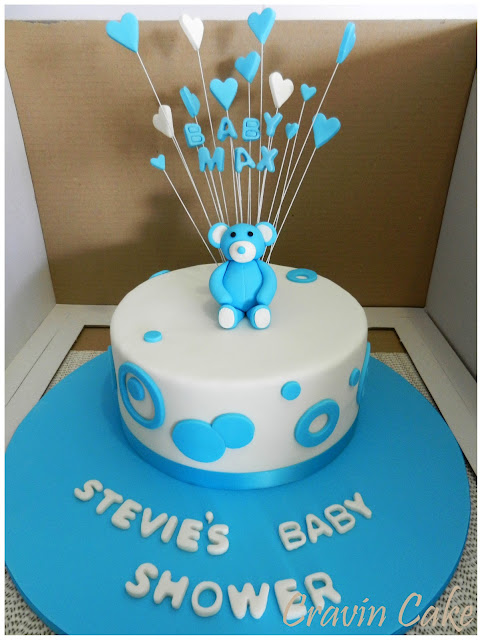 Since Christmas I haven't done all that much baking. And no cakes for almost a month! I have a bit of a baking addiction and the withdrawals  got a little too much, so it was necessary to make some sort of cake in January to ease the symptoms. 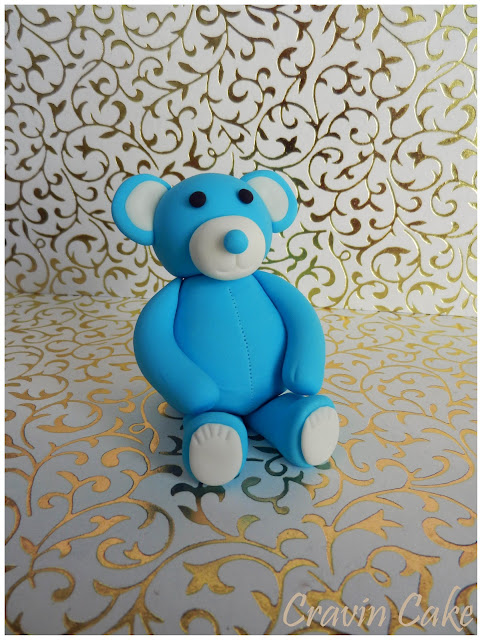 My first foray back into the work of cake decorating in 2012 was this baby shower cake. Made to celebrate the imminent birth of a little baby boy, a blue theme was chosen with exploding hearts and a cute little blue fondant teddy bear. If anyone thinks teddy bears would be difficult to model from fondant, then this is proof that they aren't too bad. After trolling through the internet, I found this pretty good tutorial and this video to guide me. Once the fondant is coloured, the process isn't too arduous and before you know it you have a little teddy bear drying in your kitchen. I must admit, I am quite proud of my teddy bear, and now he is gone I might have to make some more in many different colours. 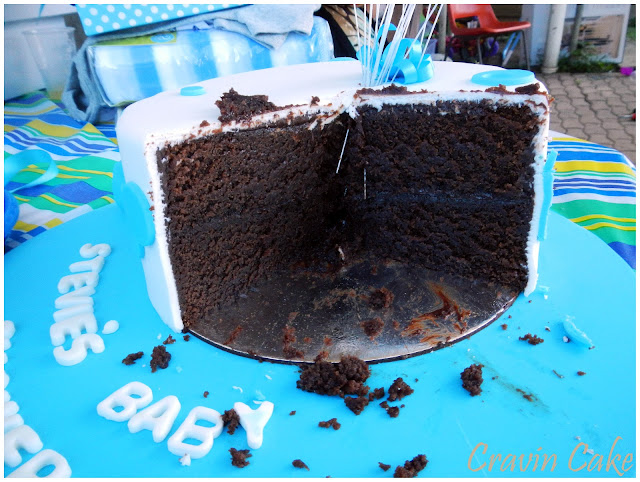 As you can most likely tell from this photo, the cake is my favourite chocolate mud with chocolate ganache, covered in white fondant. To make such a high 8 inch cake, I used the ingredient quantities for a 26cm (~10 inch) round baked for 2½ hours at 160°C non fan-forced, and cut off the domed top. For the teddy bear and the exploding stars, I added some tylose to make sure the decorations would set hard and dry out completely. To make the exploding hearts and letters, I used cutters to cut out shapes from fondant and while still soft, inserted florist wire. Once dry, the wires are cut to different lengths and inserted into the cake to make an exploding pattern. The circle decorations were made using different sized round cutters and attached to the cake with water. I covered the board in more blue fondant, finishing it off with lettering and a ribbon around the edge. Last but not least, the teddy bear is placed right on top in front of the exploding hearts. This cake was so much fun to make, but I must let you know that the teddy bear was my favourite. 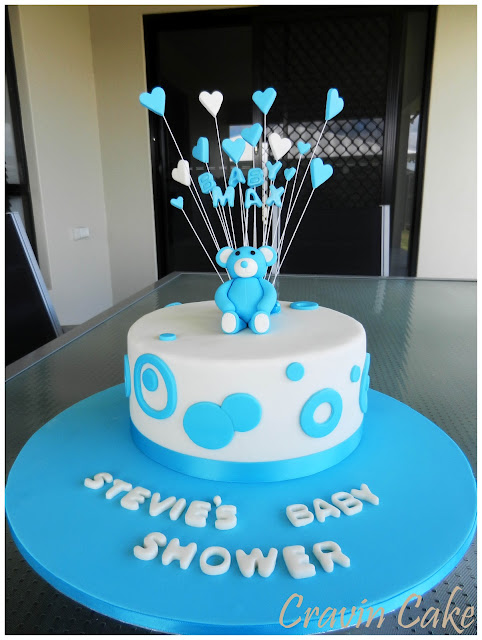